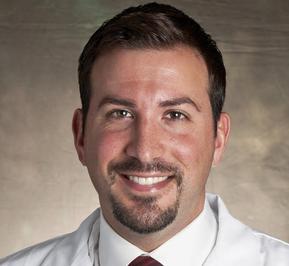 He completed his orthopaedic surgery residency at the Michigan State University College of Human Medicine’s campus in Flint, Michigan. There, he developed the foundation for his skills in general orthopaedic surgery at McLaren Flint and underwent extensive training in orthopaedic trauma at Hurley Medical Center, a Level I Trauma Center. He also studied pediatric orthopaedics at the Shriner’s Hospital for Children in Spokane, Washington and completed research in bioengineering at Kettering University in Flint, Michigan.

During his training, Dr. John Papakonstantinou developed a keen interest in surgery of the hand and upper extremity. He was awarded the Adrian E. Flatt American Society for Surgery of the Hand Resident and Fellow Traveling Scholarship. He then went on to complete a fellowship in hand and microsurgery at the Kleinert Institute-University of Louisville in Kentucky. Founded by the hand surgery pioneer Harold Kleinert, MD, this is the largest and one of the most respected training grounds for hand surgeons in the world. This center also performed the nation’s first successful hand transplant.

Dr. John Papakonstantinou serves at the Section Head for Hand Surgery at William Beaumont Hospital in Troy. He also serves as clinical faculty of the Department of Orthopaedic Surgery at the William Beaumont Oakland University School of Medicine. He was named a “Top Doc” by Hour Detroit magazine in 2017.

Dr. John Papakonstantinou treats general orthopaedic conditions and specializes in arthritis, tendon disorders, nerve compression, and injuries and fractures of the hand and upper extremity. He performs a mini-open approach to nerve decompression, including carpal tunnel release. Dr. John Papakonstantinou resides in the Rochester area with his wife and three daughters. In his free time, he enjoys spending time with family and friends, running, biking, and the outdoors.